Colours and words come together creatively as celebration of life in Moments of Being, a coffee table book featuring a retrospective of the artist Subhash Malik, accompanied by the poetry of Sukrita, edited by Anjali Capila. The artist, Subhash Malik, is a cultural anthropologist who has been painting over many decades representing myriad facets of life, from nature to human forms in different mediums. The poet, Sukrita, who has been involved in the study of literature, has been writing poetry for several decades. Her poems resonate well with the paintings in this book. 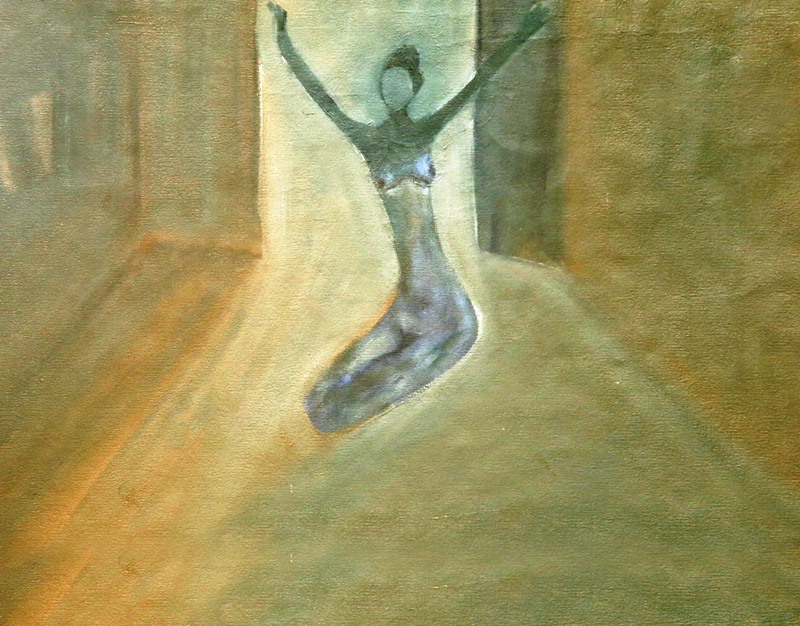 An exclusive excerpt from the dialogue between Subhash Malik and Sukrita from Moments of Being.

SUKRITA: You have called your paintings ‘moments of being’. The moment you say this, the viewer’s mind gets a perspective with which to view the paintings. Each painting then is seen as a significant moment where the artist has captured some reality which relates immediately to a deeper self the being itself! Would you like to talk about this a little bit? What is this ‘being’?

SUBHASH: How can one talk about ‘being’? When I started enquiring into the whole field of archaeology, I had to get into the understanding of what the personal self is.

I felt if this does not involve exploring — then this is just another job. I went into the whole idea of concepts regarding the past and history; they remained merely concepts, nothing actually existed as such. Then I started exploring some deeper meanings in life. With this came reading Krishnamurthy and other philosophers and enquire into what is the nature of thought.

Then one thing led to another and then came at some creative expression bringing in yet another dimension. After all, paintings happen in the absence of thought. Music and poetry, etc do not exist in analytical thought. These are of another order. They are about the joy of being in the present. Long ago, I came to discover through an insight that there is a dimension of being-ness which one discovers either through painting, sculpture, poetry or music. Just listening to music also gets one into another dimension… personal ego or self is what disappears. That is what makes them authentic and integral. Although later on the personal self comes into it… that is the being of it! What is this being? ‘Being’ means to be present in the moment and exist. When one is deeply engaged with something, you are completely present to that…

SUKRITA: Does this call for an acute kind of attention?

SUBHASH: Yes, attention and awareness of being present and then letting the ‘being’ express itself. The normal thing in modern civilizational living is about doing something and meeting deadlines and then perhaps one may think of getting to the being. The order has to be different; one starts with the being. Then the true expression of yourself is found. It is unfortunate that we are taught to merely remain in a linear sense of time. This has to be reversed. ‘Being’ is the foundation of one’s existence; creativity follows naturally then.

SUKRITA: Then in the making of a painting, one finds the contact with the sense of being. But to do the painting, there has to after all be a medium, that of colour. When you are choosing colours, in that moment of choosing, colours too define ‘being’, right?

SUBHASH: I don’t know whether the so-called personal me is making the choices. There is an intuitive self, people call it the sixth sense; actually I should call it the first sense not the sixth sense, from which everything else comes. Something is telling one this colour does not go with this one. I don’t think about it. One has an ethical sense and an aesthetic sense at the same time. Some intelligence is telling you, this is right or this isn’t right. Where is that sense coming from? You don’t reflect about it, you just feel this is not right.

SUBHASH: Of course, that is there. How one chooses, what one chooses, are all absorbed unconsciously in your growing up. From the moment you are born, you are surrounded and bombarded with whatever is around you, so what you pick up, can express itself god knows when. I mean, I was in London, I was alone one morning and I wondered what I should do. Go in London to Hampstead Heath and paint? You have to make a choice and there are many choices available. You may allow your intelligence, some intuitive part to steer you. In between comes a lot of thought and there is conflict and division and discussion going on in the head. One has to learn to decode what’s going on.

SUKRITA: Are you generally aware of this conversation, the conversation that goes on within one self, a conflict or the rise of the conflict which gets to distract one from that moment of ‘being’ at times?

SUBHASH: Yes of course, this has been happening lately more consciously; one makes choices all the time; you may make wrong choices but if one is aware and attentive to what’s going on, the choices make more sense and there’s bound to be more harmony; harmony is very essential, it’s not exploitative nor does it cause harm. One can make some painting which is very disturbing but the ultimate impact has to be such that it creates some sense of harmony in yourself and the reader. It has to invoke or provoke the reader; it stimulates… that’s the essential part of a creative act.

(With permission from the publisher.)

A cautionary tale of choice and will

Six poets who fought against oppression