“The movie never portrays a binary of black and white, which quite often enables the spectators to choose sides,” writes Sunita Singh.

“A whole realm of complex, finely nuanced meaning that is embodied, tacit, intoned, gestured,, improvised, co-experienced, covert- and all the more deeply meaningful because of its refusal to be spelled out gets left out by textually overdetermined analyses.” – Jisha Menon (The Performance of Nationalism).

The movie Court (Chaitanya Tamhane, 2014) from the first shot to its final scene is like an onion, which has many peels to it after every attempt of unravelling new layers are being introduced. The word court’s literal translation in Hindi would be Nyayalaya or some would like to call it Nyaya ka Mandir. The film seems to expand much more than the arena of justice of courts, to much intimate spaces to produce whole pictures rather than fragmented images. What is critical is to analyse the specific critique that the film posits through the use of structures, spaces and gestures and how it conceptualises the relationship between the characters and the world in general. It would be really difficult to textually able to comment on every nuance of the film, however I would intend to cover specific overtones in the film.

The film reveals the story of a Dalit activist, Narayan Kamble working in the suburbs of Maharashtra, being trapped by the police in a case of abetment of suicide. He is charged as part of “a perlocutionary act, that which is produced as a consequence of saying something. Such an act results in a perlocutionary effect”, the ‘suicide’ of the manual scavenger itself.

The film quite substantially fits itself into a legal drama, the director is quite dialectical in his usage of portraits and landscapes in the films to create certain gestures which deciphers larger structural issues not limited to the case only. The technique provides historicity to every character and conceptual location of the courtroom. The film most of the time uses a single fix long shot. The courtroom scenes acquires in its voice the redundancy and technical nature of the proceeding and the tedious scheduling of hearings. The act of redundancy exemplifies itself in the final long 10 minutes scene, where the sessions court is closed and would remain closed until summer ends.

It is interesting to note how the question of the nature of post-colonial India and continuity of Victorian laws, appears at the arguments in a sessions court. Through this the evidence collection and legal reasoning attempts to inculcate the historicity of the third world state.

Anushka Singh, in her book argues the routinisation of other criminal charges is an intermediary to impose the heinous charge of UAPA and by the end of the film, the dalit activist previously accused of abetment and sedition, is charged of UAPA.

“What characterises gesture is that in it nothing is being produced of acted, but rather something is being endured and supported.” – Ameet Parameswaran (Performance and the Political)

The movie never portrays a binary of black and white, which quite often enables the spectators to choose sides. Despite the public prosecutor Geetanjali’s mechanical and state oriented approach to the case, the spectator might be shocked by the struggle of a woman prosecutor. The character is taking care of children and her husband, managing cases and is lacking any stable human affection from people, except for a holiday time spent at some restaurants, movie hall or theatre.

Vinay Vora, the lawyer of the accused while fighting an extraordinary courageous trial, with repercussions leading to risks to his life. In his intimate world, he has his privileges of visiting the club, saloon, having a lavish house and deliberating a choice of not getting married. One could deal with these aspects dialectically to be able to elucidate on the endurance of these performatives and intimate spaces.

“If gesture is taken as the realm of action, there is a seeming passivity and non-involvement in it- as opposed to ‘action’, especially action linked to the collective.” – Ameet Parameswaran (Performance and the Political).

The judge is gesturally amongst the most reputable and diligent status, considered to be the most wise, unbiased, rational and judicial in his actions and words. The judge Sadavarte suggests irrational methods for curing a child’s ailment, comments about the economic repulses of the market, emphasising upon the ultimatum of life in economy, the final action in which he slaps the deaf child sums up the vice and insensitive behaviour of the judge.

On the other hand, the man accused of charges of terror, educated the children of the slums, performs and sings in the suburbs and is a human right activist. The gestural images created through the blackness of Narayan and whiteness of Judge Sadavarte is indicative of larger social problems of the world in real life, and also the framing of certain performativity as good and others as evil, and the stereotyping of it. The resultant is the holiday which Sadvarte gets to celebrate and due to him, the suffering in the jail which Narayan has to face.

Performance in the Movie

“What one society might consider a performance might be a non-event elsewhere.” – Ameet Parameswaran (Performance and the Political).

The patronising and the enjoyment factor both were reflected in the Marathi play and Bollywood item song dance of the under 15 girls. The former patronised Maratha’s as having a legacy and historicity and the city being polluted by the immigrants, the play goes on to insult the immigrant workers as taking away their jobs, lands and now their girls as well. There is an echo of patriarchy in the entire film, the exhilaration of the audience at the dance of girls on the item song is just a part of the entire discourse of patriarchy which is resembled through the female public prosecutor, or the denial of case hearing due to indecent clothes the woman wore to courts.

“Cultural Performance as an engagement of social norms, as an ensemble of activities with the potential to uphold societal arrangements or, alternatively, to change people and societies.”

(McKenzie calls the paradigm of ‘Cultural Performance, in Parameswaran Ameet, Performance and the Political)

The chorus from the Dionysian tragedy to Brechtian epic plays a superlative role of voicing the larger problems of the society and giving directions to the spectator of the political message involved in the whole drama. The drama just being a process to unravel the large voice chorus which catches the gist of the entire actions and role play. The film Court, in both the chorus songs in the vice of Sambhaji Bhagat voiced the dismaying and widened the gap between the haves and have nots, the harsh and conditions of the people at menial jobs and also a glorification of the evils who are the actual reasons behind this brutal and rigid reality. However, at both occasions the crowd Narayan and the troupe has is very few, belonging to the lower strata and otherwise a disinterested audience.

The film exhibits an immensely dense picture of the gory reality of the post-colonial State and its legality. In its manifestation it displays the capacity of legitimising social evils through the faculty of State. The resultant is a society full of xenophobic and racial attitude which is tyrannical towards minority and underprivileged communities and is deeply patriarchal in its values. 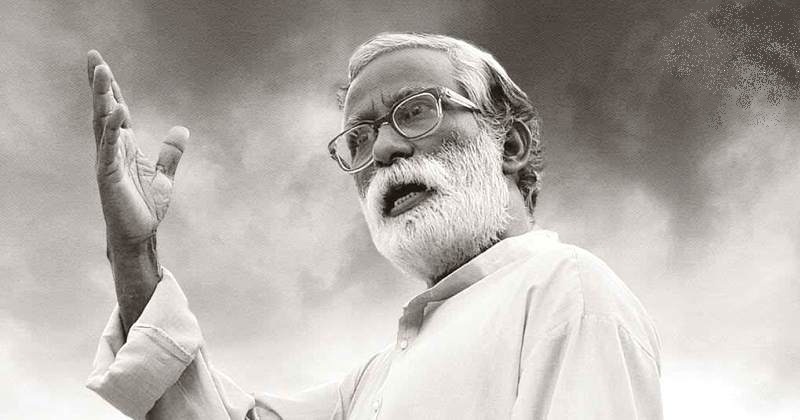 The question of LGBTQ in Indian cinema

When brotherhood and loyalty are the core of a story