“Gaiman deftly weaves a magical web as he pulls us into these legendary stories,” writes Anantha.

Ever wondered where the days of the week came from? Is it Thursday or Thor’s day? Friday or Frigg-day? Tuesday or Tyr-Day?

If you are gearing up for the Avengers Endgame, you must know Thor. He is a very enchanting super hero and the world he comes from is hard to resist. There have been three films on Thor alone from Marvel Studios.

Well, the tales told in these movies are just the tip of the iceberg, and Norse Mythology by Neil Gaiman makes us realise just that. Thor is just one of the many glorious Norse Gods, and his realm, the Asgard, is minuscule in the nine realms which are spread across this vast universe.

As always, there is a void, and then there is a beginning. Then starts life. Then sprang the giants, the Gods, the elves, the dwarves and finally humans. And then, there are tales to tell, and a world in its entirety to explore.

Enter into the world of Gods, the Aesir and the Vanir. Meet Odin, the wise all father, Thor the mighty, Loki the cunning, Frey the handsome, Balder the delightful, Frigg the wealthy queen, Freya the beautiful. Dive deep into the world of dwarves who can create a magic-sword which could fight by itself, a hammer which can destroy anything and anyone, or a ship which can be folded into a handkerchief. And over and above all, know the shape shifting notorious God Loki, and his cunning children.

Gaiman deftly weaves a magical web as he pulls us into these legendary stories. There are some real interesting episodes when Thor dresses like a bride and has to feign a marriage with a giant to get his hammer back, or when Loki shape shifts into a mare to attract a horse and bears offsprings. Frey loses his sword for love and pays a price with his life. Odin loses his eye to get his wisdom from the well.

The dwarves and the Gods are as vulnerable as humans, fighting amongst each other, deceiving others and paying a heavy price. They are pompous at times showing off their proud possessions and petulant when they are at the losing end.

But none will stop the Ragnarök, the doomsday in Norse myths, the end of this world. The great battle will happen after the world is consumed with greed, hunger and power. And that day, everyone will have a price to pay.

The stories are so preposterous and comic at times, that I burst out laughing. I did wonder more than once that despite having three films on Thor, none of them came close to the original myths which are far more intriguing. I would have loved to see Thor battle the Midgard Serpent or the Gods trying to bind Fenris, the giant wolf.

The book does excellent justice to these folk tales, which have survived only through retellings and word of mouth. The Norse Gods were popular in Germany, Scandinavia and Scotland before Christianity took over in the medieval era. They were written down with a sole purpose of preservation lest they were not lost. It is also said that the Norse Gods are described as kings and queens in the stories of the Christian World. And the Norse Gods and their myths diminished into oblivion.

As with the Ragnarök, every night has a dawn, every end has a beginning. And then, the game begins anew.

These myths have gained back popularity with Marvel comics, thanks to Stan Lee. And with authors like Neil Gaiman and Rick Riordan taking over, we will have our shelves filled with wonderful books to entice our children into this magical kingdom of Thor, Asgard and the nine realms. 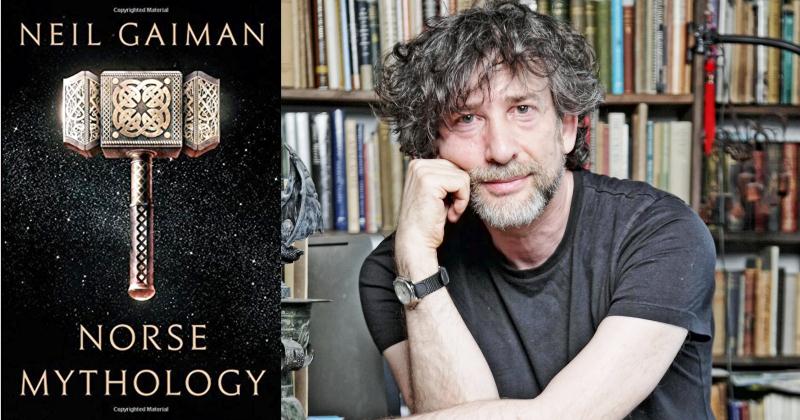 Anantha is an IT Professional. Writing is her passion. She writes short stories, book reviews, movie reviews, small stories for children and play scripts for the theater. She regularly conducts storytelling workshops for children.

Police procedural writing at its best